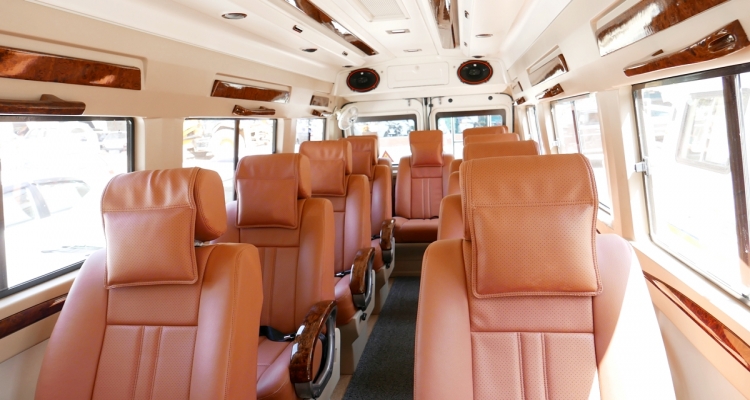 Rajasthan Tour With Delhi and Agra

Day 01: DELHI–MANDAWA
Breakfast and departure by highway to Mandawa, Indian state of Rajasthan . Check-in at the hotel upon arrival.
Mandawa was established in the 18th century on the path to silk. It soon prospered, and the wealthy merchants of the town started to show off their wealth in constructing lovely palaces, known as the Havelis, with magnificent frescoes on their facades. Competition to see which of the most outstanding hasli transformed this tiny town of Rajasthan into an authentic open-air museum. Walk through the colourful local market in the afternoon. Visits: walk through the colourful local area.

Day 02: MANDAWA-BIKANER
After dinner, drive to Bikaner
In the evening, visit the imposing fort of Junagarh, constructed in the 16th century. The fortress, with its walls, bastions and moats, gives us an idea of the mighty strength of the desert kingdom of Bikaner.Next, a tuk-tuk ride through the bustling bazaar of the ancient town, with its colors and smells, Allow us to take the pulse of this vibrant town. Visits: Junagarh Fort and Tuk-Tuk Ride through the old town.

Day 03: BIKANER-JAISALMER
Breakfast in the hotel. We drive to Jaisalmer (330 Kms./6 1⁄2 Hrs.) which is situated at the top of a cliff in the Thar Desert and is nicknamed the "Golden City" because of the yellowish colour of the stone with which many of its landmarks and houses have been constructed.
Upon arrival, transfer to the hotel and the remainder of the evening free of charge.

Day 04: JAISALMER
After breakfast we begin a visit to the town of Jaisalmer. We visit the magnificent Golden Fort of Jaisalmer, inside which rises the scenic citadel with its labyrinthine and narrow roads, where there are countless temples and palaces, such as Nathmal and Patwol.
In the afternoon, a trip to Sam to see the dunes during the lovely sunset.
Visits to: Jaisalmer Fort, Gadisar Lake, Nathmal and Patwon ki Haveli & Excursion to Sam to watch the hills at sunset.

Day 05: JAISALMER-JODHPUR
After dinner, we proceed our journey to the capital of Marwar, Jodhpur, known as the "Blue City" (290 Kms./5 1⁄2 Hrs.), in the colour of which many buildings are painted. Once there, we'll start our visits.Jaswant Thada is a lovely mausoleum constructed by Sardar Singh in 1899 in memory of his dad, the Maharaja of Jodhpur Jaswant Singh II. The mighty Fort of Mehrangarh or the "Fort of the Sun," whose enormous walls rise above the town on the edge of a hill. It started to be constructed in 1459, when Rao Jodha, the founder of the town, reigned. Inside is a museum with a lovely collection of miniatures, costumes, musical instruments and other items. But without a doubt it's the magnificent view of the town, with its scenic blue buildings, that's what's going to happen. Type in anything that you want. Then click Quill It on the right to paraphrase your input.

Day 06: JODHPUR-JAIPUR
Breakfast in the hotel. Drive to Jaipur (335 km/6 hours).
Jaipur, the worthy capital of Rajasthan, is a lovely mixture of colors and ancient traditions that stay present in many of its corners. Founded on 18 November 1726 by Maharaja Jai Singh II, to whom the town owes its name, its scheduled layout and a big portion of its landmarks, it quickly became a big town in the sector. Commerce and culture. Jaipur is popularly known as the Pink City, because many of its monuments and buildings were painted in this color to beautify the city before the illustrious visit of the Prince of Wales in 1905.
Upon arrival at Jaipur, transfer to the hotel. The rest of the free day to get to know the pink city of India.

Day 07 : JAIPUR
After breakfast, the visit to Jaipur starts.
Excursion to the Amber fort (ascent by jeep), you will pass the magnificent gates of the former residence of the royal family of Jaipur, an entrance worthy of the Maharaja. Here you'll appreciate a beautiful view of Amber and Lake Maota, and you'll get to understand luxurious palaces and exquisitely decorated pavilions. Back to the house after the visit. City of Jaipur, a picture stop in front of Jal Mahal, a beautiful palace that seems to be floating in the center of Lake Man Sagar. In the town, we will start with a visit to the Jantar Mantar, the biggest observatory constructed by Maharaja Jai Singh, with precise measuring instruments sculpted out of stone and marble. A stop in front of the Hawa Mahal, better known as the Palace of the Winds, will make it possible. Let's take some photos of this five-story palace, a clear example of Rajput's artistic talent, built at the end of the 18th century so that the ladies of the court could entertain themselves by observing the bustle of the city, without fear of being seen.
In the evening, we will visit the City Palace of Jaipur, the former residence of the Maharajas, which elegantly combines Rajput, Mughal and European architecture. Architectural styles, sir. Together with its pavilions of viewers, palaces and museums, we must highlight the richly decorated gates of the Pritam Niwas Chowk courtyard.
After the tour, they will have free time to walk and shop in the bustling and colourful markets of Jaipur.
Visits: Amber Fort, Jeep Ride (supplied by local office) picture stop Jal Mahal and Hawa Mahal, Jantar Mantar and City Palace

Day 8: JAIPUR-AGRA
After breakfast, take the highway to Agra (240 Kms./5 Hrs).
On the way we will visit the ghost town of Fatehpur Sikri, built during the reign of Emperor Akbar, in honor of Saint Salim Chisti, who prophesied that Akbar would have three children, a fact that was fulfilled. For 14 years, Fatehpur Sikri was the capital of the Mogul Empire until the absence of water compelled him to leave. The town, which explains why it's so well preserved. Among the most prominent structures are Diwan-I-Am, Diwan-I-Khas, Jodhabai Palace, Birbal House, Marian House and Panchmahal, all of them great examples of Mughal architecture.
After the visit, we're going to proceed our drive to Agra.
Upon arrival in Agra, we'll head towards Taj Mahal (closed on Fridays) to see the colors of this place. The first lights of the day are an iconic monument.
Little can be said about this architectural wonder constructed in Sultan Shah Jahan's finest white marble to honor the memory of his beloved wife Mumtaz Mahal. It was intended by the Persian architect Ustad Isa and it took 22 years to finish. The striking balance of its design and its ideal symmetry, its elegant domes and its intricate design. The sculpted lattices, together with the delicate embossing of semi-precious stones in marble, following floral and geometric patterns, create this a distinctive monument in the globe, worthy of UNESCO's title of World Heritage, of course.
Transfer to the hotel after the visits.
Visits to: Fatehpur Sikri and Taj Mahal

Day 09: AGRA-DELHI
Breakfast in the hotel. We're leaving for Delhi.
Upon arrival, we will visit the Raj Ghat, the memorial of Mahatma Gandhi.
Later, we will visit imperial New Delhi, built by the British, characterized by its broad spaces, its straight tree-lined boulevards and its elegant houses and monuments. Highlights include the Presidential Palace and the Indian Gateway. Next stop will be The tomb complex of Humayun, where, besides the tomb of the Mughal Emperor Humayun, there are the tombs of the other members of the tribunal and the mosque. Transfer to the hotel after the visits. Visits: the Tomb of Humayun and a panoramic tour of the Rajpath (New Delhi).