Manali is bestowed with the most picturesque and beautiful Mountains of India in Himachal Pradesh. The town full of Resorts between mountains situated at the northern end of the Valley, famous as Kullu Valley, at an altitude of 6,726 Ft. or 2,050 meters from the Sea level and Beas River Valley. Manali is situated in the Kullu district, around 270 km north from the state capital, i.e. Shimla, around 309 km From The Chandigarh capital of Punjab and Haryana i.e. Chandigarh, it is around 544 km From the Northeast of Delhi, the capital of India.

Enclosed by splendid mountains and woodland forests, the antiquated fascination of Manali has apprehended the world's attention and has become one of the most traveled, famous and visited destinations in India for tourists. Manali overpowers the Tourists and visitors by blossoming apple trees and exploratory and adventurous Roads covered by snow. The untouched River Beas streams right through the city, producing an enthralling and rhythmic landscape. It is a small town, having a population of around 8,096. It is very important since the beginning of a historical and ancient Trade Route to Ladakh. The Karakoram Passes through Yarkand and Khotan in the Basin of Tarim. It is the popular and prime tourist destination, serving and posing as the entrance to Leh, Lahaul, and Spiti districts of India.

It will not be a misnomer to call Manali as Lover's Paradise or India's Honeymoon capital".

Delhi Tempo Traveler Hire Service provides the best of the Travel solutions with facilities like GPS, Pushback seats, amusement systems; Wi-Fi etc. to the famous attractions of the Hill Stations including Manali like Rohtang Pass and Solang Valley which are near to the town. Rohtang Pass gets too much of the snow almost throughout the year and gets covered with snow, provides a very nice mesmerizing experience and creates a memory. Manali because of its distance and charming attractions is one of the sought after tourists location for rejuvenating in the lap of nature, even there is no place comparable in the Country.

The Town also offers many adventurous activities and events like Paragliding, Trekking, Skiing, White Water Rafting and Zorbing etc. Manali also boasts of being a house of a lot of temples like Raghunath Temple and Jagannathi Devith Temple which also attracts and gets the love of devotees and tourists. Hadimba Temple, as old as a 14th-century temple, the wooden structural design, and religious values. 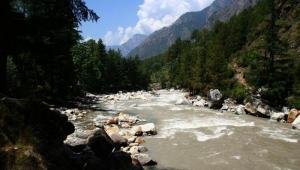