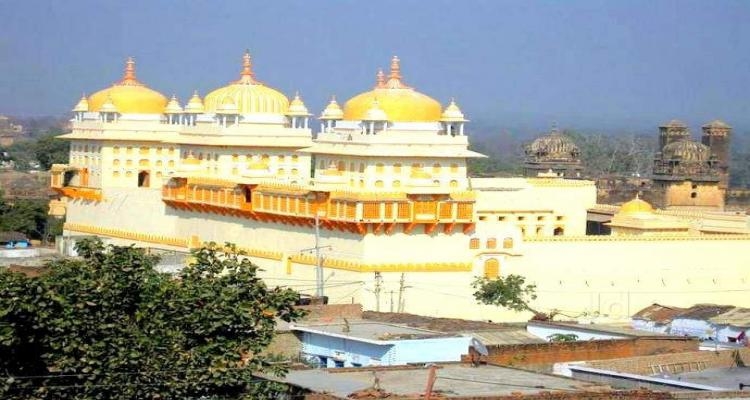 Day 01:- New Delhi - Agra
Early Morning  Pick up from Delhi and drive to Agra and check-in to the hotel.  In the Afternoon Visit to Taj Mahal. Agra the zenith of art and an enshrined romance and Agra Fort - Agra Fort is a UNESCO World Heritage, India. The fort is also known as Lal Quila. Overnight Stay at the Hotel.

Day 02:- Agra – Jhansi
After breakfast, Check out from the hotel and Proceed to Jhansi. On arrival at Jhansi in the afternoon transfer to the hotel. After Fresh up Visit, the Jhansi Fort is a fortress situated on a large hilltop in Uttar Pradesh which is called Bangura. Later Visit on Certain Temples and Rani Mahal in Jhansi. Overnight Stay in Jhansi.

Day 03: Jhansi - Khajuraho via Orchha
After breakfast at the hotel in Jhansi, check out from the hotel and Drive to Khajuraho. Later on, proceed for excursion to Orchha.  In the afternoon Visit at Western group of Temples Such as Laxman Temple dedicated to Lord Vishnu, the Laxmi and Varaha temples, the Kandariya Mahadev temple and the Chausath Yogini temple. Overnight Stay at Hotel in Khajuraho.

Day 04:- Khajuraho - Allahabad
On the Fourth Day After Having Breakfast, Check out from Hotel and then Proceed to Allahabad. On arrive at Allahabad then transfer to hotel.  Evening free at leisure or Shopping at Local Market. Overnight Stay at Allahabad.

Day 05:- Allahabad - Varanasi
After breakfast, Check out from the hotel and Visit for Sightseeing in Allahabad Such as Allahabad Fort, Khusro Bagh and Triveni Sangam is the "confluence" of two rivers (Ganges and Yamuna). Later Drive to Varanasi. Overnight Stay at Varanasi.

Day 06:- Varanasi Drop.
After Breakfast Check out from the hotel. Later we visit for Sightseeing in Varanasi, it is one of the holiest Cities in India, Visit at Kashi Vishwanath Temple and Later proceed on Sarnath -where Lord Buddha preached his first sermon after enlightenment. Drop you at Varanasi.