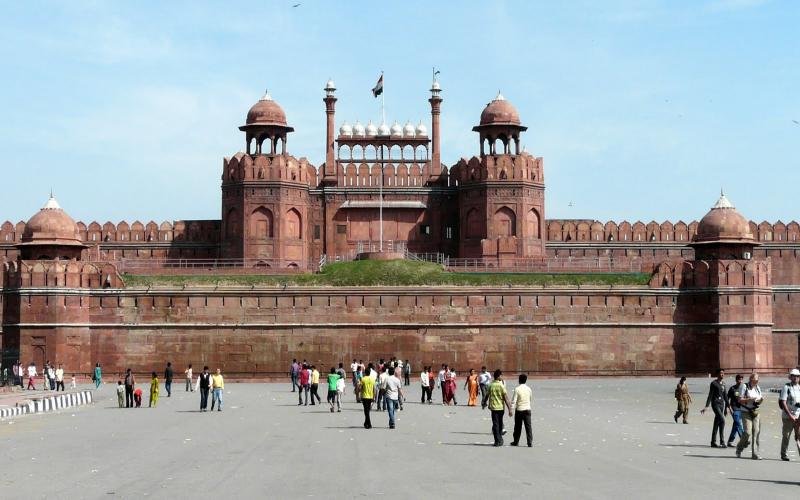 Being the Capital of Great Nation India, Delhi has got numerous famous sightseeing places and there are many historic forts and spots too. Red Fort is situated in the Heart of the city of Delhi i.e. in Central Delhi. It is one of the historic and famous monuments. The Red Fort had been designed by “Ustad Ahmad Lahouri” on the instructions received from Great emperor “Shah Jahan” during the 16th Century in the year 1638. It is built on the basis of Indo-Islamic architecture, Mughal architecture style. Red Fort is a sign of the power that Mughal Emperors used to rule India. The walls of the Red Fort were built to keep out invaders and stretches for more than 2 kilometers area. It had been used as the Kingdom and main residence of the Mughal Emperors as their dynasty for more than 200, years until 1856. It houses many museums inside it.  Red Fort has been designated as the World Heritage Site by UNESCO (a United Nations agency) in the year 2007.

The main Attraction at Red Fort includes the Museums and the light and sound show which is organized in the Fort’s premises every evening. Red Fort is located near the Metro Station Chandani Chowk and Lal Quila. The Red Fort entry cost: Free for Children up to 15 years, Rupees 30 for Indian Citizens and Rs.500 for Foreigners. Red Fort remains open from Sunrise until Sunset. It remains Closed on every Monday.