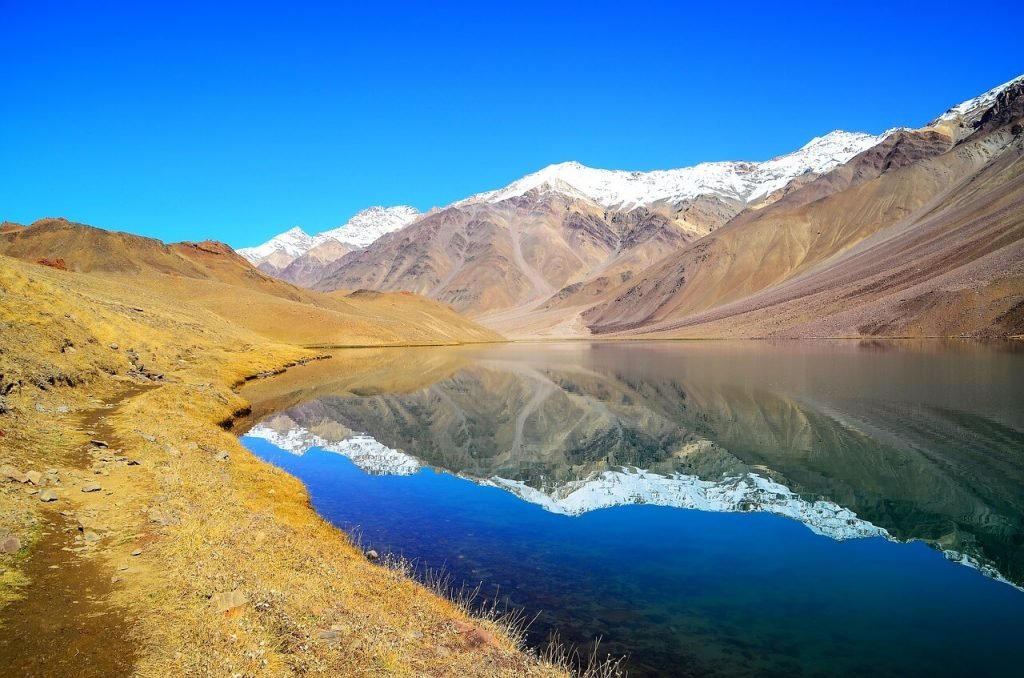 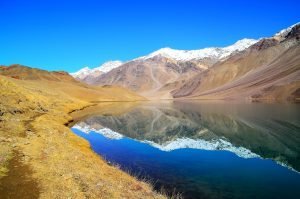 The state of Himachal Pradesh is well known for the beautiful views, peace and culture blend. The state is situated on the western side of the Himalayan range. Various glaciers and rivers are located in the state. Many rivers are originating from the mountains located in the peaceful state. The wildlife of the state is also remarkably good you can come and see over 1200 pieces of birds and some 359 species of animals with lots of flora.
Rohtang pass is the main tourist attraction and is famous for the ice. The pass is famous for the travelers who are interested in visiting the Ladakh region. The ice on the mountains attracts the tourists there. The pass is famous for the adventure seekers because here they can come here can perform and enjoy various adventure sports. The chilling cold and the high surroundings make the place more thrilling. The best time to visit the place is in the month of June to the month of October. After October due to heavy snowfall in the region, the area remains closed.
The Vashist temple is located in Manali and dedicated to the lord Vashist who was termed as kul guru of Lord Rama. The temple is a pilgrimage site for the Hindu followers. The temple is situated near the river Beas. The temple was built around 4000 years ago. Because of its unique design and architecture tourists are attracted to this place.
The monastery named as the Manali gompa is very famous for the peaceful environment. In the year 1960 Tibetan refugees came and built the Gadhan Thekchhokling Gompa. It is one of the finest monasteries in the country. The tourists from around the world and admire the beauty of the small monastery which is occupied with high spiritual energy, everyone comes here and seeks the blessing of the Almighty.
The friendship peak trek is in the range of Pirpanjal mountains. This is located near Beas Kund region. The trek takes one to the altitude of more than five thousand meters. The friendship peak is located in the Beas Kund region. One can go and perform ski touring there and mountaineering etc.
Jana waterfalls are situated near Tripura Sundari. The Jana waterfall is considered as a hidden gem in the nagger area. The fall is surrounded by many trees of cheddar, pine, deodar and apple orchards. The scenery there is breathtaking.
The first musical café named as café 1947 is situated by the side of Manaslu river. This is the oldest café. You can come here and enjoy the peace around the café, the slow and loving music and obviously the tasty food served by the café.the European and Indian cuisines are served here with the loving touch of hill station beauty.
A temple in the state was built and dedicated to the mother of Ghatothkach and wife of Bhima. The temple is named as Hadimba temple. The temple is built on a rock which is set to be the image of the goddess. The temple is surrounded by long tress of cedar. The temple is believed to be built in the year 1553 but the goddess is described in the Hindu mythology. The temple is built entirely from wood and is having four storeys. The inner side of the temple is kept earthen without harming the natural surroundings. The craved woods are used as doors. And the cravings are made from the mud and stone.