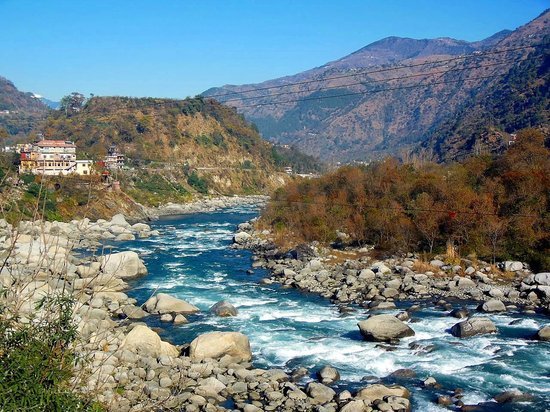 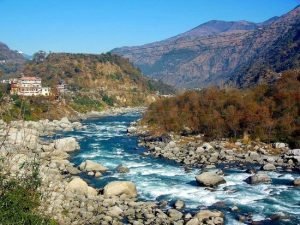 The beautiful and peaceful city of Chamba in the state of Himachal Pradesh is located at the bank of river Ravi. The city is having the breathtaking hill views and sceneries. The city was ruled by many major kingdoms like Kansas and Marus. The city is situated between the Himalayan valleys and snow covered mountains. The area is not only famous for its view, river, and the mountains but you can also witness the ancient architecture here.
Khajjar lake tops the list in tourist destination because of the picturesque sites. It is covered by snow clad mountain and cedar lake. The lake is situated at the height of 1900(approx) from the sea level. February to April is said to be the best time to visit the beautiful place. One can see many small streams from Himalaya come and unite together and fall into Khajjar lake. Mount Kailash is also visible from the lake on a clear day in the state. A small patch of weed and grass floats on the lake and referred as the floating island.
Chamba Devi temple is the divine and pilgrimage place in the state. At the bank of river Baner, the temple is situated. Raja Umed Singh in the year 1762 built the temple with woods. This is the unique and only wood type temple in the whole state of Himachal Pradesh. One needs to travel 3kms to reach the temple earlier there were more than 300 steps which were used to reach the temple.
The famous wildlife sanctuary is situated between Khajjar and the Dalhousie area. Kalatop wildlife sanctuary is in the area of more than 30.69 square kilometers. You can walk in the sanctuary and see most of the wildlife of the state. Many animals like jackal, langur, deer, bear live there. You can go to visit the sanctuary from January to December.
Chamera dam is the dam situated in the city of Chamba. It is one of the most important and main areas from where the place gets electricity. In the daytime, you can feel the warmth and the hot sunny weather but as the day passes by the temperature drops down. Chamera dam is not habitat if any aquatic wildlife this makes it perfect for the water sports. Sailing, paddle boating, motor boating are some sports held at the lake site.
In September 1908 Bhuri Singh museum was opened. It is the famous tourist destination in the whole state of Himachal Pradesh. The armature, royal jewelry, coins, painting etc are displayed at the museum. The place is must visit for the one who is art lover and admires the same.
The term most religious place is best suited to the Champavati temple. Raja Sahil Varman led the foundation of the religious landmark. The king made this temple in memories of her daughter named Champavati. The temple is having the old architecture with ornamental stone cravings that defines the uniqueness of the big temple.
The rang Mahal palace is one of the largest palaces in the district of Chamba. Raja Umed Singh founded the palace in the 18th century.the perfect blend of Mughal and British agriculture can be seen in the fort architecture. The fort also served as a place to store the army and food grains for later use. The palace is now handed over to state handicrafts department. Nowadays the state government is having a hold on the Mahal and various local markets for handmade crafts is set inside the Mahal.
The largest and oldest temple in the Chamba is named as Laxmi Narayan temple. It was built in 11th century by Raja Sahil Verma. The temple complex is having 6 more temples inside it which are dedicated to Lord Shiva and Lord Vishnu. Radha Krishna temple, Gauri Shankar temple and Shiva temple of Chandragupta are also situated in the temple complex.