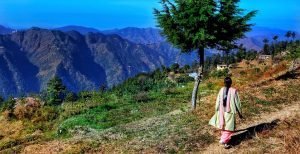 The capital of hilly state Himachal Pradesh is Shimla.

Annandale is a historical playground situated 6117 feet above the sea level. The place is termed as one of the beautiful and Peaceful places. The playground is famous for polo and cricket lovers. The place is situated in a small village named as Kaithu. This place is situated in Shimla west. The place is named after the famous player captain Charles Pratt Kennedy. The stadium is surrounded by oak forests. The playgrounds give a wide view of the state capital. The playgrounds serve the purpose of army exercise, parades, and fairs. The Heritage Museum is there nearby where you can go and see the amenities Indian army is having. The museum also shows the history of the army sector. The place is dedicated to Indian soldiers. A greenhouse is also seen nearby where there are green trees.

A beautiful architecture called Rashtrapati Niwas or Vice-Regal Lodge is situated in the capital. This place is there are Observatory hills in the area. Earlier when India was under colonial rule British viceroy of India named lord Dufferin used to live here. The structure is based on British architecture and it is built in Jacobethan style. The architect who designed the palace, Henry Irwin. The structure was built in 1888. The building is now used as a structure for Indian Institute of advanced study.

A pilgrimage site is there in Himachal Pradesh. A temple called Tara Devi temple is there at Shimla Kalka national Highway. This place is a pilgrimage site and available for sightseeing too. This temple is dedicated to Tara Devi who is considered as the goddess of stars. The temple is situated at height of above two thousands from sea level. According to Hindu mythology, the Devi was there in West Bengal and later she was there at Himachal Pradesh. According to old aged people, the temple was built 250 years ago.

The ridge is in between the stated of Himachal Pradesh. It is the most visited place in the area. The area is there at the side of mall road famous for shopping in the state.no vehicles are allowed in the area. The place is there for sunset view and sunrise too.

A unique museum was inaugurated on 7th July 2011. The museum is dedicated to a man who has written the fate of railway on the basis of his supernatural powers. The museum is named as baba Bhalku rail museum. Bhalku is a man who worked on a railway project as a labor there were some problems in alignment and laying of the rail tracks. He talked to the engineers and the plan succeeded. This made the railway project possible in that area. The museum showcases some antiques from the 1930s. one if the antique is lost and found a register in which there are details of all the material which is lost and found on the railways. A beautiful cutlery is also showcased there. The stamps, seals, and clothing by ex-servicemen railway men are there you can go and see the nice collection of the museum. The old photos of railway lines and tracks are also displayed to make the viewers known about the history of railways. Various wooden clocks and table chairs are also placed there.