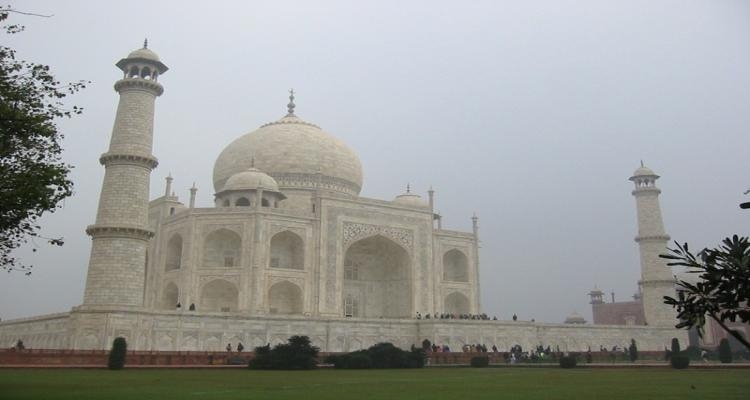 Get Best Price For One Agra Tour By Tempo Traveller

About Taj Mahal
History of Taj Mahal is as great as its magnificent structure. In fact, poet Rabindra Nath Tagore has described the mausoleum as a “tear on the face of eternity.” Mughal Emperor Shah Jahan started the construction of Taj Mahal in the year 1631, in memory of his favourite wife Arjumand Banu Begum, popular as Mumtaz Mahal. Ustad Ahmad Lahauri was the principal designer of one of world's most marvellous building. Amanat Khan from Iran, was the chief calligrapher, while the main dome was designed by Ismail Afandi of Ottoman Empire. More than 20,000 labourers worked day and night for giving shape to the dream of Shah Jahan. After continuous work for 22 years, Taj Mahal was finally completed in the year 1653.

About the Agra Fort
It is a crescent shaped fort that attracts tourists in millions from both the country and abroad to enjoy its architectural marvel and beauty. This fort was designed and constructed by the mighty Mughal Emperor, Jalaluddin Md. Akbar during the 16th century. However, it was his grandson Mughal Emperor Shah Jahan who had completed the construction of the fort and gave the finishing touches.