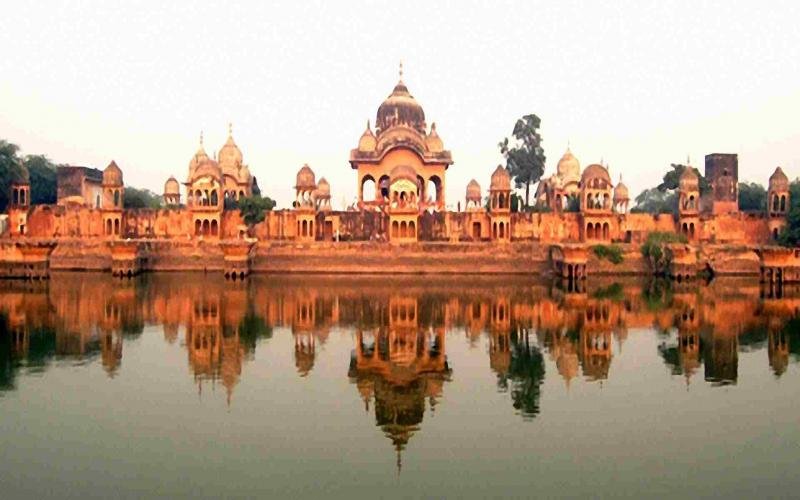 Vrindavan or Vrindaban or Brindavan is situated in Uttar Pradesh at Mathura district and is around 11 km away from the Mathura main city which quite close to Agra-Delhi highway. As per the Hindu Mythology and Belief, Lord Krishna or Krasna would live in Vrindavan during his childhood days believed to be before 3000BC.

The origin of the name of the city is supposed to be from the forest of Basil or Vrinda- Meaning thereby Basil and Vana - forest. The city used to be covered with dense forest wherein the childhood of Lord Krishna was supposed to be spent, playing with his cowherd pals and friends, and where Lord Krishna slaughtered numerous wizards in this jungle, sent by King Kansa.

Sri Chaitanya Mahaprabhu was a prodigious follower and disciple of Lord Krishna who even used to ignore his loved ones and family, and he was determinate and enthusiastic to go to Vrindavan to find the vanished sanctified dwellings of Lord Sri Krishna during his childhood. At last, he succeeded to locate all the important places of Krishna's pastimes at Vrindavan.

The Vrindavan city is believed to be the abode of Lord Krishna’s own abode. The city is also called the city of temples. Delhi Tempo Traveler Hire Service is your travel partner and reliable transportation solution provider you can bank upon. At Delhi Tempo Traveler Hire Service we organize and provide travel solutions to the most important and tourist locations and attractions in Vrindavan City: Beautiful and Famous Krishna Temples in Vrindavan City, Uttar Pradesh