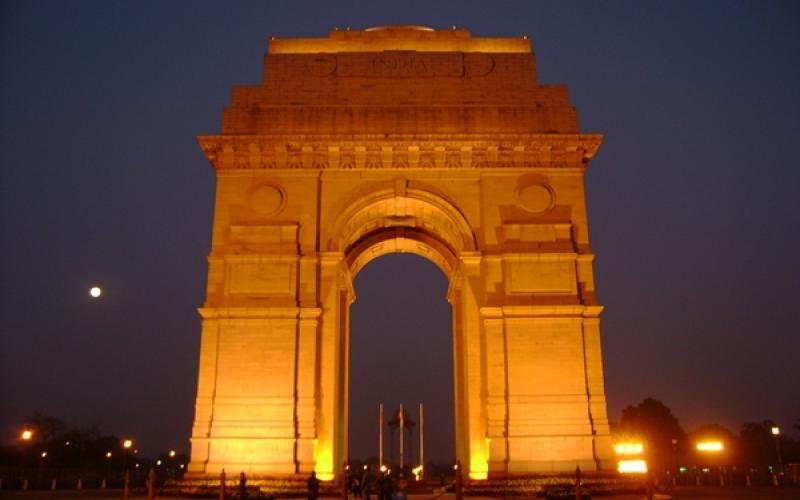 India Gate is constructed as a memorial and was built in the memory of 90,00 soldiers who laid down their lives during World war I. Located at Rajpath, India Gate Delhi is 42 m high and is a popular relaxation area during the summer evenings. This monument also acts as popular picnic spot during winter. Also known as the All India War Memorial or the Gate of India, India Gate was designed and constructed by Lutyens. He is same architect who designed government buildings in New Delhi.

About India Gate - The Architectural Marvel.
A tour of Lutyens’ Delhi just has to kick off with the stately India Gate at the east end of the broad Janpath (earlier Kingsway) that leads to the Rashtrapati Bhavan. Another additional 13,516 names engraved on the arch and foundations form a separate memorial to the British and Indian soldiers killed on the North-West Frontier in the Afghan War of 1919.

India Gate History
The foundation stone was laid by HRH the Duke of Connaught in 1921 and the monument was dedicated to the nation 10 years later by the then Viceroy, Lord Irwin. Another memorial, Amar Jawan Jyoti was added much later after India had said goodbye to its imperial rulers. It is in the form of a flame that burns day and night under the arch to remind the nation of soldiers who perished in the Indo-Pakistan War of December 1971.