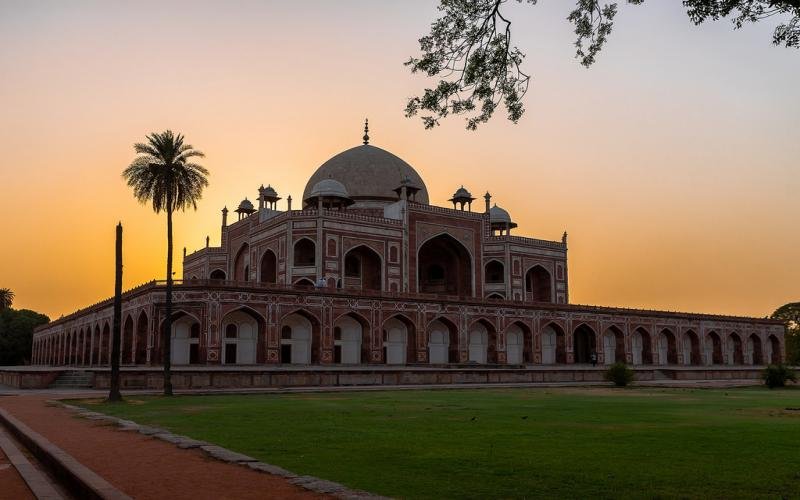 Humayuns Tomb Delhi is famous for its monuments and magnificent hereditary tombs. Humayuns Tomb is also one of the major sightseeing spot attraction in Delhi. Delhi has the first of the magnificent hereditary tomb which was declared comparable to the architecture of Taj Mahal. The tomb boosts the complex on the area as big as 27.04 hectares. It was built in the year 1560s, with the support and backing of Humayuns son, known as the legendary King Akbar. The tomb has been crafted with the work of Persian and Indian craftsmen in synergy. The structure of the tomb made up of in red sandstone along with borders of Black and white marble. The tomb is also known as the Dormitory of the Mughals, it is because of the fact that it is the last abode of around 150 Mughal family members. There has been a belief that to be buried near the grave of the saint is auspicious, so the tomb has been built centered to the shrine of Sufi Saint Hazrat Nizamuddin Auliya. Humayun’s tomb is situated in the complex and it has been appreciated all the way through its history, so the genuine structure is intact. The Humayun’s Tomb still enjoys its genuine design, settings and materials.

The site has been conserved and is being managed by the Archaeological Survey of India (ASI), it has been preserved with sufficient and numerous legislations such as Ancient Monuments and Archaeological Sites and Remains Act 1958 and Rules 1959.

It has essential feature of the Flowing water at Humayuns Tomb. Since the very beginning, the conservation works were asper archaeological investigation undertaken by institutions like the Archaeological Survey of India (ASI).