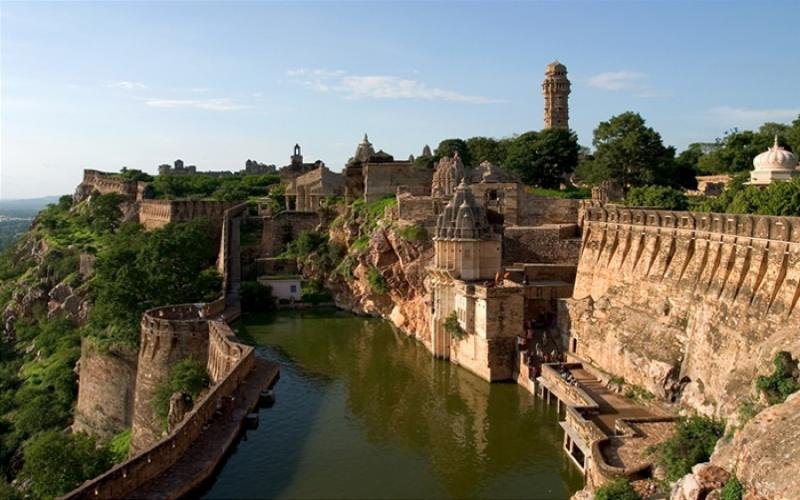 Chittorgarh Fort is the largest fort in India and the grandest in the state of Rajasthan. The fort, plainly known as Chittor, was the capital of Mewar and is today situated several kilometres by road south of Bhilwara. It was ruled initially by Guhilot and later by Sisodias, the Suryavanshi clans ofChattari Rajputs, from 7th century, until it was finally abandoned in 1568 after the siege by Emperor Akbar in 1567. It sprawls majestically over a hill 180 m (590.6 ft) in height spread over an area of 280 ha (691.9 acres) above the plains of the valley drained by the Berach River.