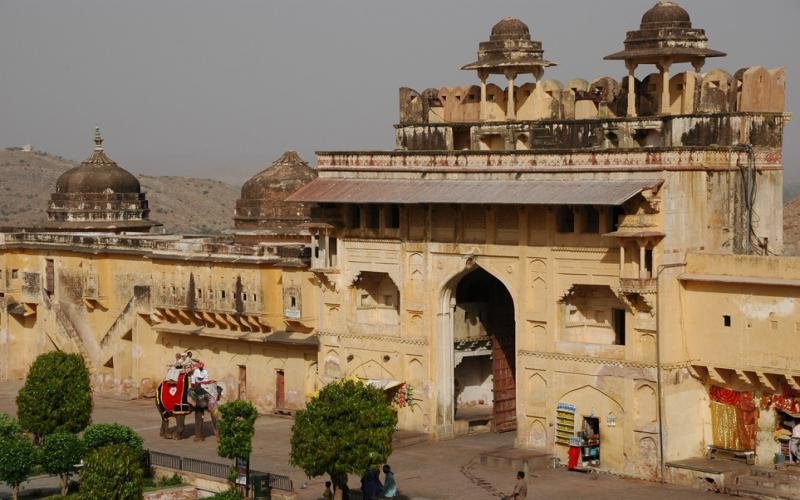 Amber Fort is located Amer is placed at a distance of 11 km from Jaipur city. Amber was the capital of the Kachhawaha till Jaipur was made the official capital in 1727. Amber is generally pronounced as Amer. It is situated about 10 km away from Jaipur on Jaipur-New Delhi road. It was governed by Kachawaha rulers and also was the capital of old Dhundar state of Jaipur. The town was originally named Ambikeshwara and was later abridged to Amber or Amer.